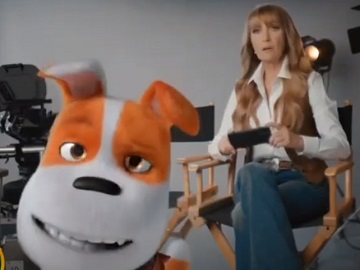 Solitaire has enlisted Jane Seymour to star in its new ad campaign for Solitaire Grand Harvest.

The award-winning actress, known for playing Solitaire in the 1973 James Bond movie “Live and Let Die”, promotes the free-to-play app in a series of commercials, alongside Sam the Dog.

In one of them, she declares that she started to play Solitaire Grand Harvest and realized that they reinvented nostalgic fun. When Sam asks her to tell viewers how relaxing and challenging the game is, the 71-year-old celebrity asks him to come over and tell them himself. Sam literally comes out of a smartphone and, satisfied with the fact that he’s having a good fur day, starts sharing his excitement about the app and the fact that it gives you the chance to get 20,000 free coins.

At the end of the commercial, viewers are encouraged to download the app for free and explore new worlds of Solitaire in a farm.

Solitaire Grand Harvest refers to itself as the #1 free to play Tripeaks solitaire game created for online card game fans. The game claims players will have twice the fun as they journey through their farm, harvest crops, discover exclusive decoration items, personalize their farm and earn rewards.