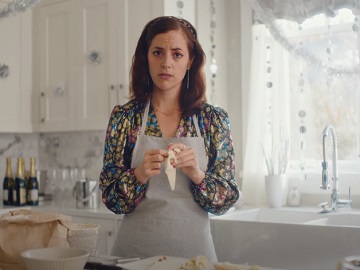 The spot features several individuals who complain about their low level of energy, commonly known as Low E. A man says he can’t join a conga line around the family room because of his Low E, another one says he can’t blow a balloon, and a woman says she can’t rub some little weenies she has in her kitchen, for a dish.

A Planet Fitness spokesman says millions are suffering from low energy, commonly called Low E, and points out that Planet Fitness replaces Low E with Big E, which keeps you energized and glowing all day. He then urges viewers to simply join through the free PF app. “$1 Down, $10 a month, cancel anytime,” he also says in voiceover, while an onscreen line informs that this deal ends Thursday, January 12th.

Eventually, the tagline “Find Your Big Fitness Energy” appears on the screen.