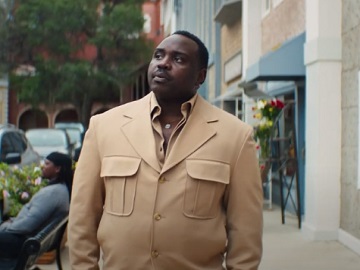 “100 years ago, a beautiful empire built on Black excellence was booming – Black Wall Street. It was a sight to be seen. Until one day it was all burned to the ground. But fire is no match for the fire within Black dreamers everywhere. And so, new Black Wall Streets rise,” the Citi spokesman says in the 30-second ad, which concludes with the onscreen line “Citi supports the development of new Black Wall Streets across the U.S.”

Citi has also highlighted, in previous commercials, its commitment to getting involved in various areas of interest, including education and employment, financial capability and inclusion, revitalizing housing and neighborhoods, and more.

In one of the ads, the bank highlighted its commitment to invest in solutions to empower 10 million women globally by 2025 and promoted its gender equity measures.

As part of its “Stare at Greatness” campaign, Citi has partnered with four artists with disabilities across the globe to create murals of Team Citi Para athletes ahead of the Tokyo Games in an attempt to change the perception of individuals with disabilities. The Citi Foundation made a three-year, $50 million commitment to boost the career readiness of 100,000 low-income youth in 10 cities across the United States.