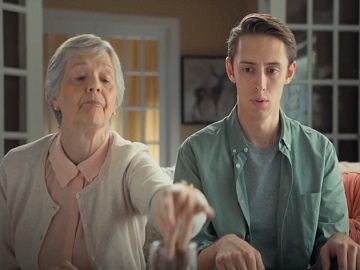 BC Dairy has launched a new ad campaign to encourage people to consume more milk.

One of the spots features a grandmother dunking a cookie in water, which horrifies her grandson, who can’t help from saying “Granda, no!”.

“A cookie dunk without milk is like….,” the narrator says at the end of the video, which sees the young man being splashed in the face by a sprinkler. “Make it with dairy” an onscreen line reads.

This is not the first dunk-themed ad released by BC Dairy. Another spot, part of the “Pour A Little Happiness” campaign highlighted the happiness an iconic milk moment, such as dunking cookies in milk, can bring.

BC dairy is made up of dairy producers, who operate farms and produce raw milk, and dairy processors, who take that raw milk and process it into a broad range of dairy products.