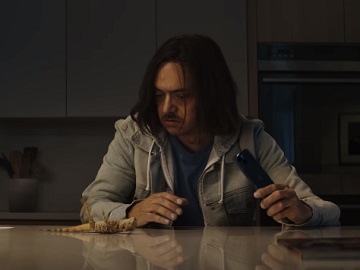 Apple showcases the iPhone 14 in a new commercial, highlighting that users can unsend and edit messages.

The ad opens with a man noticing that his lizard hasn’t moved in seconds and getting panicked. As he grabs his iPhone 14 and writes to his friend that he thinks Leon is dead, it turns out he has just been a good friend, offering to take care of the pet, while its owner is away. However, things soon take an unexpected turn: Leon starts moving again and the man immediately unsends his text message to avoid an awkward situation.

Scored by the song “ALIVE” by Los Angeles-based singer and multiinstrumentalist Hanni El Khatib, included on his 2020 album “Flight”, the commercial ends with the famous tagline “Relax, it’s iPhone” appearing on the screen.