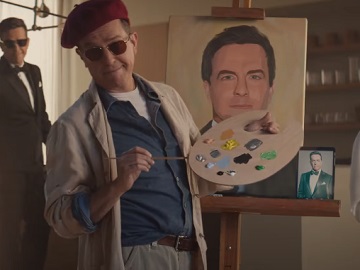 Xfinity has enlisted Ed Helms to promote its “Unbeatable Internet”.

The actor stars in a 30-second ad for the company, showing what it is like having Xfinity Internet. “It’s beyond gig speed fast. So gaming with my niece has never felt more intense. We’re talking supersonic WiFi, three times the bandwidth and the power to connect hundreds of devices at once,” he says in the commercial, which also features Cozy DesRoches as his teenage niece. As he finishes his sentence, multiple versions of himself, illustrating various characters – including a painter, a man in a black suit and tie, one in a robe, and more – say all at once “That’s powerful!”. “Couldn’t have said it better myself,” Helms answers. “You just did,” the “clones” point out.

The commercial ends with the actor adding the tagline “Unbeatable Internet from Xfinity. Made to do anything so you can do anything”.

In an exclusive with Xfinity Editor Rose, released in April, Ed Helms and Randall Park bring all the laughs chatting about their show, True Story.