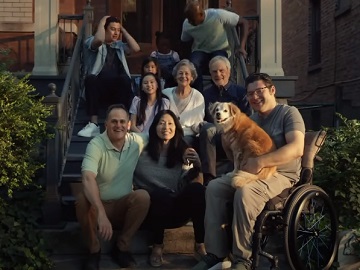 Walmart has released two new ads to highlight that its customers get the most of what they’re buying.

The spot, titled “Stairs”, features various everyday scenarios that involve Walmart shoppers. A girl is shown watching her parents as they’re bringing in Walmart grocery bags, a father and his son carrying a couch up a staircase, a woman watering her plants, a boy sliding down a makeshift slide made of cardboard, in his house, and a family getting all together in front of their house to take a photo.

“If you shop at Walmart, you get it. You’re not just getting by, you’re getting the most out of what you’ve got and you know how to spend a little less to get a little more, to make life a little better,” the voiceover says, adding the tagline “Walmart. Save Money. Live Better”.

The soundtrack music is the 2021 single “Hang My Head” by Redcar’s alternative hip-hop and indie crossover rising star Dylan Cartlidge, from his debut album, “Hope Above Adversity”. The song is available for purchase on Amazon for $1.29.