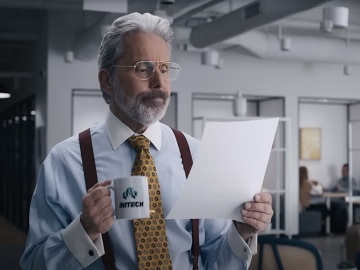 Walmart has released a new commercial to announce that its Black Friday is now on Mondays. The retailer encourages consumers to head online every Monday at 7pm ET and score the new Black Friday deals.

Titled “Case of the Mondays”, the spot features much of the cast of the 1999 movie “Office Space”, including Gary Cole, who played the passive-aggressive corporate manager Bill Lumbergh, Ajay Naidu, who played embittered tech worker Samir Nagheenanajar, and Diedrich Bader, who played the laid-back Lawrence. Cole and Naidu are back at the fictional Initech, which burned to the ground at the end of the movie, spreading the word that Walmart’s Black Friday is on Monday. Iconic singer Michael Bolton also makes an appearance in the ad, replacing the “Office Space” character of the same name. At the end of the ad, he’s asking – to the tune of his iconic “Tell Me How Am I Supposed To Live Without You” – “Tell me how Black Friday deals are on a Monday”.

The commercial also showcases some of the products that will be available for purchase at discounted prices on November 7, such as a TCL 55″ Class 4K Smart Roku TV ($188), Marvel Spider-Man 3-Pack Action Figures ($20), HP 11.6″ Chromebook ($79), and more.

“Walmart Black Friday Deals for Days. Every Monday online” an onscreen line reads at the end of the ad, when the song “Damn It Feels Good 2 Be a Gangsta” is playing.

The “Black Friday Deals for Days” event launches online on Monday, Nov. 7, at 7 pm ET for most shoppers and 12 noon ET for Walmart+ members. It will be held in stores on November 9 at 6 a.m. local time. Walmart will close out the promotion with its Cyber Monday event, on November 28. Shoppers will find deals on everything from Apple products and toys to TVs and robot vacuums.