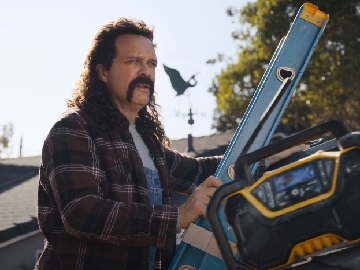 Walmart continues its “Black Friday Deals for Days” campaign with a new installment. This time, the protagonist is Lawrence of the cult classic “Office Space”, played by Diedrich Bader.

The spot features Lawrence at work at his handyman business when he learns that Walmart’s Black Friday is now on Mondays. Among the products showcased throughout the video are a Garmin all-in-one air fryer, priced at $60, from which he grabs a donut, and a LEGO Star Wars Imperial Shuttle Set ($40).

The ad also informs that Walmart Plus members can shop online 7 hours early.

Walmart’s new campaign also features Gary Cole reprising his role as the sadistic Initech VP Bill Lumburgh for many scenes, Kinna McInroe as Nina the receptionist, Ajay Naidu as Samir Nagheenanajar, and Jennifer Jane Emerson, who returns as “Female Temp” to deliver a perkier spin on her classic line, “Looks like somebody got a case of the Mondays!” Michael Bolton does not appear in the ad, but the actual singer Michael Bolton is seen in a video call with Cole and Ajay Naidu, as well as at the end of the commercial, singing a brief Walmart-themed parody of his iconic song “How Am I Supposed To Live Without You.”