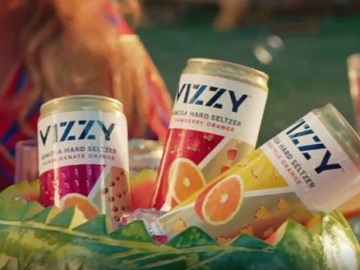 Draq Queen Taina Norell is “The Queen of Brunch” in a new ad for Vizzy Hard Seltzer, created by independent Canadian-based agency Rethink.

The spot features the queen hosting a brunch for her friends, who get to enjoy all kinds of delicious foods, from pancakes and croissants to lobsters, strawberries, watermelon, and more. The piece of resistance is Vizzy Mimosa Hard Seltzer, placed in a cut watermelon and filled with ice cubes.

The Mimosa hard seltzer is made with real orange juice and mimosa-inspired flavors and is gluten-free.

According to the Center for Science in the Public Interest and Consumer Federation of America, Molson Coors company is in violation of FDA rules that prohibit misleading claims and strongly discourage food companies from fortifying snack foods, carbonated drinks, or alcoholic drinks with vitamins.