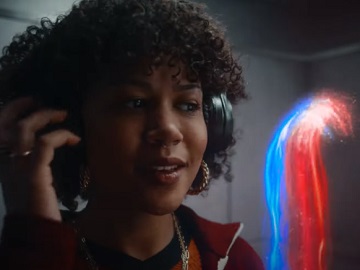 O2 and Virgin Media, two of the UK’s most iconic brands, have released a new ad to promote the Volt benefits consumers will get when they are with Virgin Media and O2.

The spot, part of a multi-channel campaign from VCCP, illustrates the unmatched power of the Virgin Media O2 connectivity by featuring the Volt energy bolt visiting the worlds of gamers, streamers, music-lovers and more, and supercharging them. Viewers are taken on a cinematic journey that shows how the Volt energy turns everything it touches into something great.

Consumers who are with both Virgin Media and O2 get exclusive benefits, such as double the mobile data on every eligible O2 Pay Monthly plan in their name, in their household, a broadband speed boost to the next available level, and supercharged connectivity at home or on the move.

Customers who get Intelligent WiFi Plus, will also receive up to three WiFi Pods at no extra cost plus O2 Travel Inclusive Zone. To get started, consumers need Virgin Media broadband and an O2 Pay Monthly sim, and they will be able to see their supercharged data allowances and O2 Travel Inclusive Zone Bolt On in their My O2 account.

Volt, the new supercharged service from Virgin Media O2, was launched in October 2021 and marked the first major launch since Virgin Media and O2’s £31bn merger.