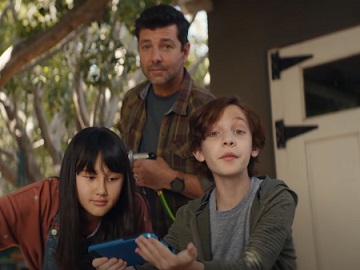 Verizon promotes its Unlimited plan in a new commercial, highlighting that customers get six entertainment subscriptions included and save more than $350 a year.

“Verizon Unlimited is going Ultra!” the voiceover announces in the opening of the 30-second ad, declaring that Verizon’s best plan ever gives you more than ever, namely six entertainment subscriptions included, like Disney+.”

At this point, two siblings watching the Star Wars series “Obi-Wan Kenobi” on a tablet mention that they have thus more Star Wars, The Skywalker Saga, Rogue One, Solo, The Mandalorian, The Book of Boba Fett, and Obi-Wan Kenobi.

The narrator also mentions that you get ultra-fast 5G with up to 10 times the speed at no extra cost (which Han would approve, according to one of the kids), as well as unlimited data that won’t slow down no matter how much Star Wars you watch. The voiceover adds that, with all that, you save over 350 dollars a year, making the kids’ dad point out that it’s a lot of galactic credits.

The offer is valid with 5G Get More plan and requires line activation on 5G Get More plan. Customers must enroll with Verizon by 5.31.22. Additional terms and conditions apply to each entertainment subscription. The Disney Bundle includes Disney+, Hulu (ad-supported plan), and ESPN+.