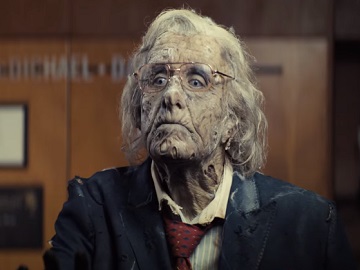 Upwork, a platform where businesses meet remote talent and remote talent meets career-defining opportunities, has launched a new campaign, developed by creative agency Alto and titled “This Is How We Work Now”, to promote its services.

One of the spots, dubbed “Nepotism” and directed by Czech filmmaker Ivan Zacharias of Smuggler, features Jack, a CEO and founder of a company who returns from the dead, to warn that his old ways just won’t cut it any longer. The zombie-like character says the only thing he regrets about his life is that he did what everyone else did at the time and hired local talent. “If I knew about Upwork, I would have hired actually talented people from all over the world instead of talentless people from all over my house,” he says, looking at the portraits of those who succeeded him in running the company.

The commercial ends with the jingle “This Is How We Work Now” and with an onscreen line that appears on the monitor of an old PC, encouraging viewers to find great talent on upwork.com.

The zombie leader also appears in a 2-minute musical, which shows him in his old boardroom, while the current executives debate how Jack would have done business. Jack starts singing about how the old ways, which were made up back then, are deader than him, as the new generation plans out remote teams of skilled workers found on Upwork.