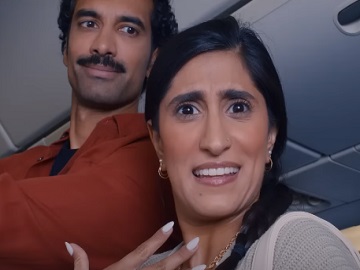 United Airways has released a new commercial to announce its partnership with Virgin Australia.

Titled “Love Triangle,” the spot opens with the voiceover saying this is a story of a love triangle between United Airlines, Virgin Australia, and you. However, this triangle involves no drama, just more perks, such as direct flights to the US and two airlines giving you all the benefits, the announcer also informs, while onscreen images feature crew members and a couple enjoying a flight with one of these airlines.

The commercial ends with the onscreen line “United Airlines and Virgin Australia are partnering to give you more.”