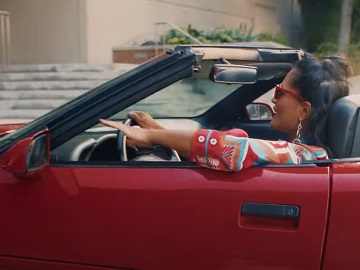 Car ridesharing company Turo urges people to “Open the door to extraordinary” in its latest campaign.

The main ad features a woman who uses the Turo Go program, which lets her book and unlock cars instantly via the Turo app. She has thus access to a rich selection of cars available on the Turo marketplace, from a red Chevrolet Corvette 1992, which she drives through the city on a sunny day, to various SUVs, pickup trucks, and more.

“Open the door to extraordinary” an onscreen line reads at the end of the commercial, before the tagline “Find your drive” appears, as well.

The spot, directed by Matt & Kai, is available in shorter versions, each focusing on a different car and setting.

“Drive cars that shine” an onscreen line reads at the end of the 30-second ad, before the tagline “Find your drive”.