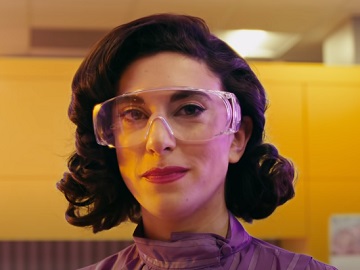 Created by agency Digitas and titled “Bring on the Zest,” the ad features two co-workers in the lunch room who, after opening a Triscuit box, are surrounded by dozens of roasted tomatoes crackers that jump into the air.

Luckily, they have goggles on, but their other colleagues in the room get quite terrified by the “tasty” explosion.

The ad features the track “Stuck in a lift” by Jacob Wheeler, produced at Major Tom Music.

“Bring on the Zest. With Fire Roasted Tomato & Olive Oil,” the voiceover says at the end of the commercial.

The Triscuit Original crackers, designed and created by Henry Perky (the inventor of Shredded Wheat), are made with sea salt and baked with 100% whole grain wheat. Triscuits were not offered with flavors until the 80s when flavored crackers became a new idea.