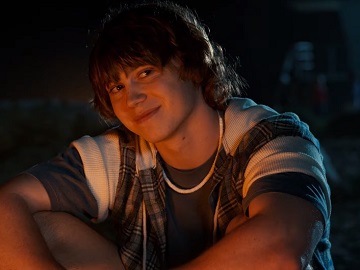 Toyota promotes its National Sales Event in a new commercial, described as “An Ode to Summers Past”.

The spot takes viewers on a journey back in time, showing Brian, a Toyota owner, who – as a child – went on camping trips with his father in their Toyota. One night, he met a girl named Courtney who, later on, became his wife. After several years and two children, the couple purchased a Toyota from a dealership, ready to make new lasting memories.

“Summer won’t last forever, but you can go out and make memories that will during Toyota National Sales Event,” the brand’s spokeswoman says at the end of the 30-second commercial, which also informs that the sales event ends September 6. Viewers are encouraged to see their participating Toyota dealer for details.

For its 2022 Super Bowl commercial, the automotive brand enlisted two real-life brothers: Brian McKeever (Global Team Toyota Athlete and Canada’s most decorated Winter Paralympian) and Robin McKeever (Olympian, cross-country skiing / Paralympic guide and coach, Para Nordic Skiing). Titled “Brothers”, the spot shares an inspiring message of determination by showing how Brian, despite losing his central vision at age 19 due to Stargardt Macular Degeneration, trained with Robin and competed at the Paralympic Winter Games with Robin serving as his guide.