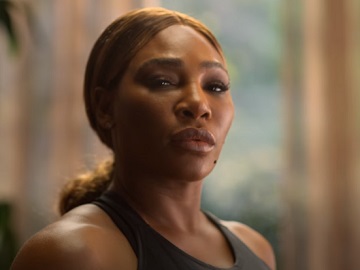 Tonal has teamed up with Serena Williams for its “Strength Made Me” campaign.

The tennis champion, who was announced the latest brand ambassador, stars in a new commercial, which celebrates women who are physically, mentally and emotionally strong.

“Never be afraid of your strength. Because your body is capable of amazing things. The one they said you shouldn’t have. The one driven by a power they can’t see. Own your strength. And see how far it takes you,” Serena says in the 30-second spot, adding the tagline “Tonal. Be your strongest”.

The “Strength Made Me” campaign also features para snowboarder Brenna Huckaby, soccer player Lindsey Horan, and swimmer Simone Manuel, as well as other women who have defied the standards of strength. Tonal is known for its growing roster of athlete investors and brand ambassadors. Among them are LeBron James, Tony Gonzalez, Maria Sharapova, Drew Brees, Michelle Wie, Stephen Curry, Paul George, and more.

Serena Williams, who is one of Tonal’s early investors, said in a press statement: “The way I train is always changing, but strength training has been fundamental to my performance, and that’s why I love the Tonal so much. It’s a different way to train that challenges me and has made me a lot stronger. In the beginning of my career, I didn’t embrace strength – I had it, I looked it, I felt it, but I didn’t embrace it. Once I did, I realized that there is something so beautiful about being strong, and I’m proud to be a part of this Tonal campaign that celebrates that”.