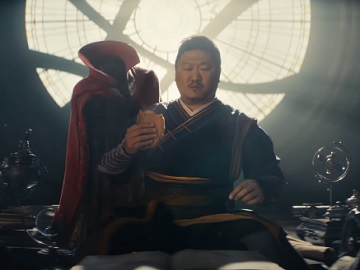 Tide has released a hilarious new ad to promote Marvel Studios’ “Doctor Strange in the Multiverse of Madness” upcoming movie.

The spot, based on the idea that even a Sorcerer Supreme deals with stains, features Wong trying to clean the Cloak of Levitation before Doctor Strange comes back. The Cloak, which escaped into the city and stained itself with tuna melt, gets to experience the power of Tide Pods.

“If you’ve got to be sure, switch to Tide Pods,” the voiceover says at the end of the commercial, which also informs that “Doctor Strange in the Multiverse of Madness” will be released in the US on May 6.

Previous: RAGÚ Cook Like a Mother Firehouse Rodriguez Commercial
Next: eBay UK There’s A Small Business for That Advert