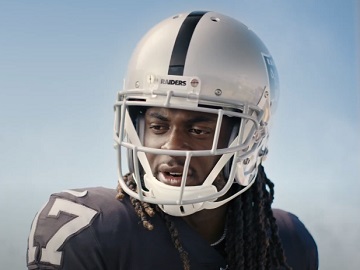 The spot features a football fan who brags about the fact that he hasn’t washed in years his lucky jersey. Adams tells him that he doesn’t see any luck and points out that it’s dirty. He advises the fan to deep clean his jersey and gives him a pack of Tide Hygienic Clean Power Pods.

“It’s dirtier than it looks, it’s got to be Tide Hygienic Clean,” the voiceover says at the end of the 30-second ad.

Earlier this year, the brand promoted its pods in a spot that tied in with Marvel Studios’ “Doctor Strange in the Multiverse of Madness” movie.

Based on the idea that even a Sorcerer Supreme deals with stains, the ad features Wong trying to clean the Cloak of Levitation before Doctor Strange comes back. The Cloak, which escaped into the city and stained itself with tuna melt, gets to experience the power of Tide Pods.