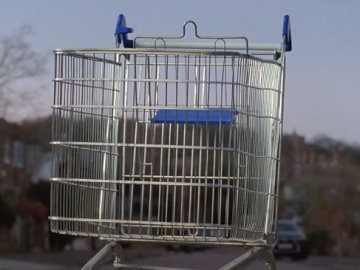 Tesco Mobile has released a new ad to highlight that the network won’t increase prices during your contracts.

The 60-second spot follows the journey of a shopping cart that sets out to save a woman from C.O.N. Mobile and take her to Tesco Mobile, where she is guaranteed that the prices she gets won’t be increased during her contracts. The video, scored by Enrigue Iglesias’ hit single “Hero,” features the trolley as it travels across the country, facing all kinds of obstacles but also helping people along the way, including a boy who has trouble riding his bike because he is tired. Eventually, he arrives at the woman’s house and takes her to Tesco Mobile.

At the end of the advert, the voiceover introduces Tesco Mobile as “super helpful mobile” and says the tagline “This Is Supermarket Mobile”.

“Hero” by Enrique Iglesias, included on the singer’s second English-language studio album, “Escape”, released in 2001, is available for purchase on Amazon for $1.29.