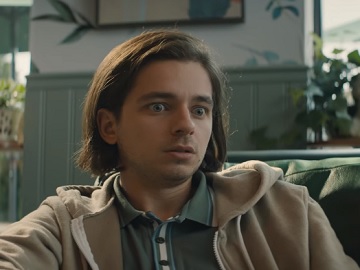 TD aims to encourage people to invest in its Super Bowl commercial, which promotes the TD Easy Trade, a new mobile app that helps consumers learn and invest.

Created by Leo Burnett, the commercial features a young man having a chat whit a friend in a coffee shop and learning that she’s investing on her phone. He admits that he wouldn’t know where to start and starts imagining how that would be. He first sees himself clad in an uncomfortable suit, complete with a tie, and a weird hair style, being given huge piles of papers in a small office and asked to learn. After learning and putting his knowledge into practice, he sees himself having fancy dinners at select clubs and playing golf with other investor. The young man also imagines that his hard-to-satisfy boss eventually takes his business card after many failed attempts from his side.

At the end of the commercial, the guy, whose name is Eric Robin judging by the business card, comes back to reality. His friend tells him that, as a first-time investor, she just uses TD Easy Trade.

Onscreen lines then read “Learn and invest on the same app. Get 50 commission-free stock trades every year.”