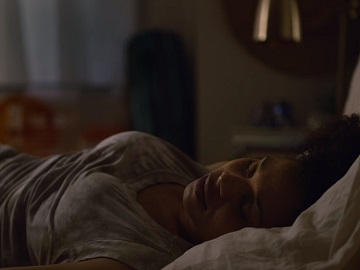 Tally urges you to pay off credit card debt faster with Tally in a commercial that promotes the app.

The spot features a woman named Mia, having a restless sleep at night. The voiceover says that this is what your credit card debt feels like and introduces Tally, an app that can get you out of debt up to twice as fast.

According to the ad, Tally figures out which cards to pay off, when, and for how much and it can even lower your interest rate, all while you sleep, so you can sleep easier.

The commercial ends with the narrator urging you to get out of credit card debt up to twice as fast with Tally.

The soundtrack music is the 2017 song Curious Robot by Eric Kinny. The track, included on the musician’s 2017 album “Robot Emotions,” is available for purchase on Amazon for $0.89.

The Tally app, which is the first automated debt manager, making it easier for users to save money, manage credit cards and pay down balances faster, is available for download on Google Play and App Store.