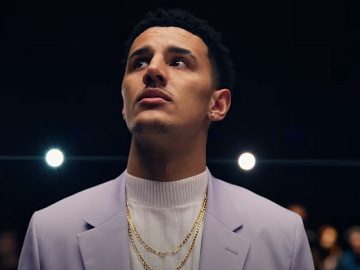 Taco Bell has released a new ad to announce that its fan-favorite Toasted Cheddar Chalupa is back.

The spot opens with a voiceover declaring that the next pick in the 2022 NFL Draft is Johnny Davis. As he stands up and walks on the stage, the announcer describes the Wisconsin Badgers’ player as “special with a capital ‘S'”. However, realizing that he’s craving for a Toasted Cheddar Chalupa, Davis decides to leave the stage and go to the nearest Taco Bell to grab one.

The Toasted Cheddar Chalupa is made with 6-month aged cheddar toasted on the outside, loaded up with the customer’s choice of chicken, steak or seasoned beef, plus reduced-fat sour cream, tomatoes, lettuce, and cheddar cheese on the inside.

Suggested prices start at $3.99 for the seasoned beef or black beans variant, $4.49 for chicken, and $4.69 for steak. Prices may vary with location.