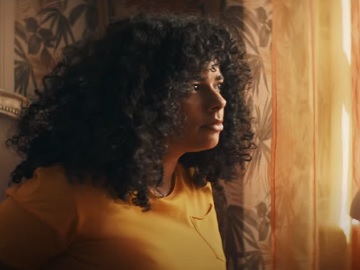 Taco Bell has released a new movie-inspired commercial to announce that its Nacho Fries are back again.

The spot, part of a faux movie campaign similar to those launched by the fast-food chain in the past years, features Vanessa, a young woman stuck on the same day (a Friday) over and over again. After taking a friend for a ride in a sports car, she explains to her that she is stuck in an infinite time loop thing and, as a result, she can do whatever she wants and enjoy her beloved Nacho Fries every single day. However, it turns out someone is watching her and, realizing that she’s violating the Nacho Fries limited timeline, sends a team to chase her down.

As the protagonist and her friend are trying to escape, the day ends and she wakes up again to the same day.

The faux movie is based on a storyline co-created with fans. Earlier this year, Taco Bell invited fans to submit their original ideas for the next Nacho Fry commercial via Twitter with the hashtag #FriesChallenge, as part of the “Taco Bell’s Nacho Fries Challenge”.

Taco Bell’s Nacho Fries, coated in bold Mexican seasoning and served with a dippable side of warm, nacho cheese sauce, are available for purchase a la carte for $1.49 or in a Nacho Fries Box for $5.49, which includes Nacho Fries, a Beefy 5-layer Burrito, Crunchy Taco and a medium drink. Moreover, to continue the infinite time loop experience, Taco Bell is partnering with Grubhub to offer free fries (with a minimum $15 purchase) starting March 27 until April 13.