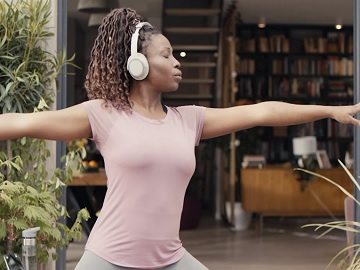 T-Mobile has released a new ad to promote its online bank T-Mobile Money, highlighting that it’s time to work with an online bank that actually takes care of your money.

“Banks have one job: taking care of your money. So if a big bank charges you to use your own money, it’s like this robot vacuum,” the voiceover says in the opening of the 30-second ad, which features a robot vacuum that destroys all kinds of objects around the house while vacuuming, such as a lamp, a vase, and a flower pot, which it drags to the floor, causing them to break into pieces. The narrator points out that the robot vacuum is doing its one job wrong and urges viewers to bank with T-Mobile Money and get zero account fees plus benefits like up to 4% APY and over 55,000 no-fee ATMs.

The commercial ends with the owner of the robot vacuum, who had been doing yoga on the terrace, with her headphones on, looking disappointed at the device, which made a total mess in the house. “Ditch your big bank and do more for your money,” the voiceover also says, adding the tagline “T-Mobile Money goes further”.