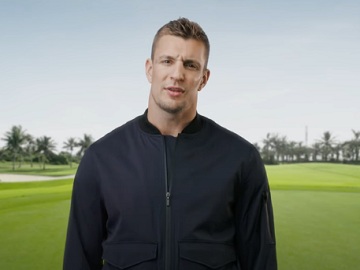 Subway announces its new Subway Series Menu as its biggest refresh yet in a new star-studded commercial.

The spot opens with Charles Barkley as the host of a show called Subway’s Biggest Refresh Yet and saying they’re drafting 12 new subs for their all-new Subway Series Menu. Tony Romo, who is Barkley’s colleague on the sports talk show broadcast, tells Barkley he has never seen subs like this before. Barkley then invites the panel for more appetizing analysis. Stephen Curry says “the new Monster’s bacon has consummate craveable crispiness” and Simone Biles declares the new Boos is a perfect 10. At this point, Gronk stops and asks “What are we talking about?”, which makes Romo say “Gronk, thank you for… nothing”.

The new Subway Series menu is divided into four categories with three sandwiches each that you can order by name or number and come with a combination of meat, cheese, vegetables, sauce and type of bread. The categories are Cheesesteaks (which includes The Philly, The Outlaw, The Monster), Italianos (which includes Supreme Meats, Bella Mozza, and The Boss), Chicken (which includes The MexiCali, The Great Garlic and The Champ), and Clubs (which includes All-American Club, the Subway Club and Turkey Cali Club).

To celebrate the launch of its Subway Series menu, which is available nationwide starting Tuesday, July 5, the sandwich restaurant chain gave away 1 million free sandwiches from 10am to noon Tuesday, July 12.