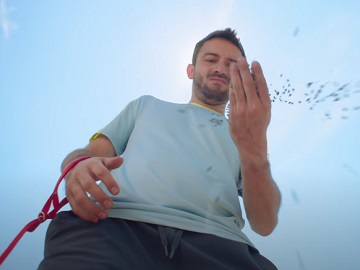 The spot features a man standing near his car, with his dog, and dropping lentils on the ground. Asked by a neighbor what he is doing, he explains that he’s saving up for a new car and he has lentils because everybody says putting lentils in your pockets brings money in. The other man tells him about the State Farm Personal Price Plan, which allows customers to create an affordable price, that suits their budget. “It’s a lot more practical,” he adds and the man’s pet, which is obviously annoyed by the lentils falling on its head, seems to completely agree.

The commercial ends with the voiceover saying the tagline “Like a good neighbor, State Farm is there”.