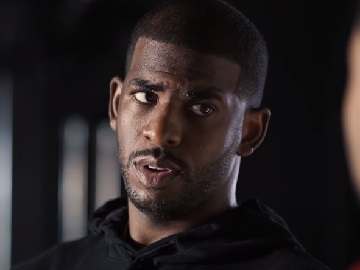 State Farm has released a new ad starring Chris Paul. This time, the athlete and longtime spokesman for State Farm, expresses concerns about wanting to change his State Farm plan and his sports career to Jake.

The spot features the professional basketball player participating at a race-walking competition, along with dozens of other people, and winning it.

Jake declares that State Farm is always willing to support you during your “what if” moments in life and adds the company’s tagline, “Like a Good Neighbor, State Farm Is There.”