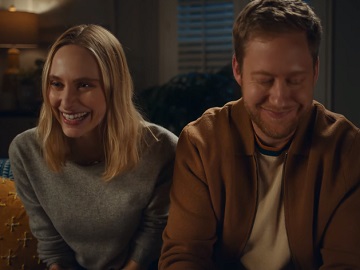 Snickers highlights that you’re unfiltered when you’re hungry in its latest commercial.

The spot features two couples playing a boardgame together. When one of the two women suggests “a little swap”, the other answers she could be into it and asks if she would move in with Tyler (the other woman’s boyfriend) or it would be a one time thing. When her friend clarifies that she was referring to swapping teams, just for fun, for playing another game, she realizes how unfiltered she had been and changes the subject, asking whose turn it is.

One thing is sure: her partner is not delighted at all by the situation she created. The look on his face says it all.

The commercial ends with an onscreen line that reads “You’re unfiltered when you’re hungry” and the tagline “Snickers Satisfies”.