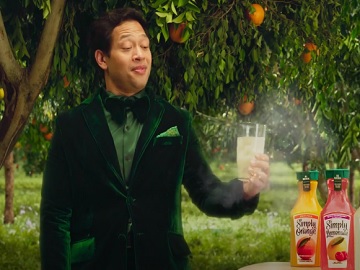 One of the spots features Cordero, who has thus replaced Donald Sutherland, showing up from behind an orange tree and delivering the following message: “At Simply, we choose to do things the simple way. Unlike those who choose to unnecessarily complicate things. Some people might choose smart things that aren’t smart. Choosing complicated gets you nothing, but choosing Simply – that gets you delicious beverages”.