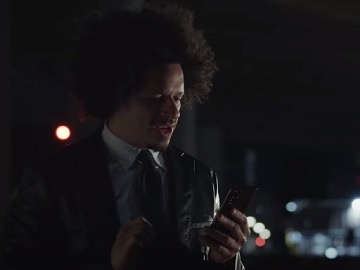 Samsung encourages you to capture amazing video to film whatever you want with Samsung Galaxy S22 Ultra on Verizon’s 5G Ultra Wideband in its latest ad for the flagship smartphone.

The spot shows an actor who tells his manager, during a video call on his Galaxy S22 Ultra, that he wants to go for more dramatic roles. When the manager bursts into laughter, he assures her he isn’t joking and explains that he got the new Samsung Galaxy S22 Ultra on Verizon 5G Ultra Wideband, which lets him film whatever he wants, at an amazing quality, on a crazy fast network. The next shot features the actor performing a dramatic scene at night, while the manager films him and sees for herself that the Night video on that device is “wild”.

The commercial ends with the voiceover stating that new and current Verizon customers get up to $1,000 off with select trade-in and 5G Get More plan. Up to $1.299,99 device payment purchase with new or upgrade smartphone line on 5G Get More plan is required. Less up to $1000 trade-in/promo credit applied over 36 months. The promo credit ends if eligibility requirements are no longer met. Trade-in conditions also apply.