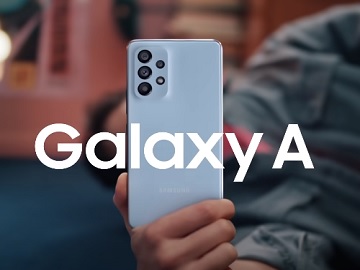 Samsung has just unveiled the official film for its 2022 Galaxy A series devices.

The spot features a diverse cast of Galaxy A53 and A33 users taking photos and making bright and steady videos in various places, including their own room, an improvised box ring, and their backyard. Asked what they are doing, they answer, through a voiceover who sings, “Awesome is what I’m doing”.

The ad also highlights that the Galaxy A battery lasts for two days and that Awesome is for everyone.

At the end of the video, the Galaxy A range is showcased on the screen, along with the tagline “New Awesome Galaxy A”.

The Samsung Galaxy A Event was livestreamed on March 17 on Samsung’s YouTube channel.