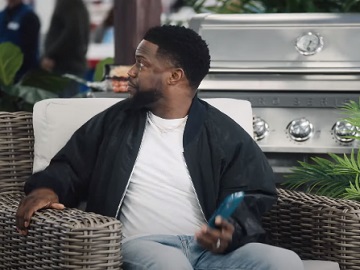 The ad promotes the retail warehouse club chain’s Scan & Go app, which lets members bypass the checkout line while shopping, and features the comedian in a store praising the app, which makes him feel like a VIP. “Sam’s Club created the Scan & Go app just for me so I can scan my stuff and skip the checkout line cause that’s what VIPs do,” he tells a customer who says the same applies to her. Hart also lists other things that make him feel VIP, mentioning that even his stunt double has stunt doubles and that there are scanning goals made just for him. “You know was made for you? The line,” he tells customers around him. When one employee notices him acting out, he announces his colleagues that “he’s doing it again”.

Sam’s Club’s commercial will air on February 13, during the Big Game, when the Cincinnati Bengals and Los Angeles Rams will face off at SoFi Stadium in Inglewood, California.

Hart said they had a lot of fun creating the content for the campaign and that he hopes the ad will make fans smile.