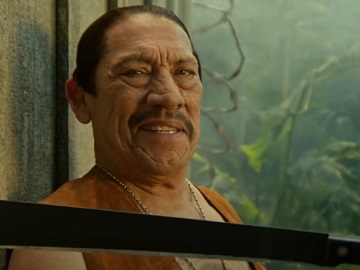 Safe.Pharmacy has enlisted Danny Trejo to star in its newest campaign, which aims to raise consumer awareness about the dangers of counterfeit medicine.

The spot, which targets vulnerable patients, including minority and homeless communities who are more at-risk for receiving counterfeit drugs, showcases fake movie sets with Trejo at the forefront.

The video features the award-winning actor filming various movie scenes and explaining that some of the things are fake, such as a fake bomb, fake glass, a fake threat, a fake dead guy and more. “Fakes like those don’t scare me. But fake meds, that’s a different story,” Trejo says, urging then viewers to verify their meds with Safe.Pharmacy and protect those they love from bad meds.

At the end of the commercial, Trejo points out that fakes are everywhere and it soon turns out that he wasn’t actually Trejo, but a fake Hollywood actor. An onscreen line informs that 95% of all online pharmacies operate illegaly and another line urges viewers to verify before they buy at SafePharmacy.

“Counterfeit medicines are rampant, and the risks are exponentially greater when you go online. We need to make it simple for people to find a safe site, and Safe.Pharmacy makes it really easy to verify before you buy. Danny Trejo cares about this – this is an issue that transcends Hollywood and is a reminder that everyone needs to hear this message and care about this,” Libby Baney, Senior Advisor and Co-Founder of the Alliance for Safe Online Pharmacies, said in a press release.