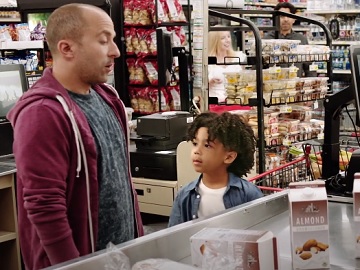 Ripple Foods promotes its dairy-free milk, packed with 8g of plant-based protein, as a more nutritious and sustainable choice.

The brand’s ad, titled “Better for You and the Planet,” features a boy waiting in line at the checkout, in a grocery store, telling a man who bought almond milk that his milk, Ripple Milk, has eight times more protein because it’s made from peas. The man doesn’t believe him, arguing that almond are super high in protein, but when the child points out that almond milk only has 1 gram of protein, he can’t help from asking “Really?”.

The commercial ends with the voiceover saying the tagline “Better for You and the Planet” and urging viewers to join the Ripple effect.

Ripple’s Original dairy-free plant-based milk is 100% dairy-free, vegan, nut, lactose-, and gluten-free, has half the sugar of dairy milk and 50% more calcium than dairy milk.