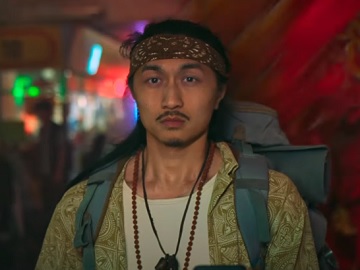 Titled “Your Way In”, the spot marks Revolut’s first major brand campaign and aims to challenge stereotypes in finance and show consumers how they can break into “previously closed off worlds of money”. The video follows a diverse cast of people from across the world who are using the Revolut app and are literally crashing through walls as a metaphor for the power they have, thanks to this app, to burst their way into financial arenas and through financial situations that would traditionally have posed a challenge. A woman on a toilet, for instance, crashes into a room of traders in a financial city district while trading stocks on her phone, and a man jet skis on an armchair to help his partner purchase a cup in Singapore dollars.

“Revolut your way into all things money,” the voiceover says at the end of the commercial, which is set to the tune of the 2017 single “Excusez Moi” by Sef.

“It’s a campaign that really portrays the most rewarding opportunities in money. And those opportunities have not necessarily been available to most of us all of the time,” global head of integrated media Quentin Luce said in a press statement. “What we want to show is that Revolut is crashing through all of those traditions that are a bit dated, to unlock a world of money that most of us never really thought that we could be part of”.