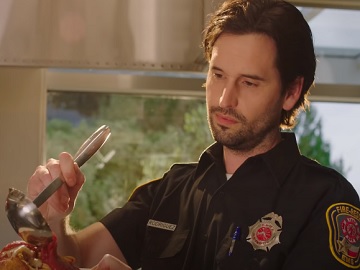 RAGÚ promotes its RAGÚ Old World Style traditional sauce in a new commercial, that carries the tagline “Cook Like A Mother”.

The spot opens with a firefighter returning at the station who says he’s starving and asks who’s cooking today. The voiceover intervenes to highlight that you’re the one cooking. Viewers are encouraged to reach for the sauce that started in an Italian mother’s kitchen and whip up tasty homemade meals the whole crew will love.

“RAGÚ Sauce. Cook like a mother,” the voiceover says at the end of the commercial.

Previous: SoFi Break Up With Bad Banking Commercial
Next: Tide Pods Doctor Strange in the Multiverse of Madness Commercial