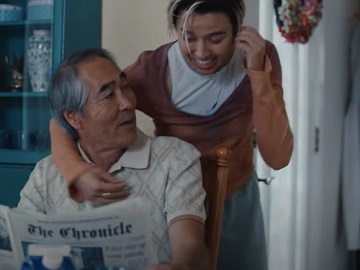 Publix has released a new commercial, highlighting that – since 2020 – has donated more than 450 million meals together with its customers and Feeding America.

“Some people give help and some people need help. When we take care of each other, we make that difference harder to see,” the voiceover says throughout the 60-second ad, which features a diverse cast of families of different nationalities and walks of life getting together around the table, to enjoy a meal together.

“Thank you for helping us donate more than 450 million meals since 2020 to people in need,” the voiceover adds at the end of the video.

Earlier this year, the employee-owned supermarket chain impressed audiences with its Thanksgiving ad, titled “A Recipe for What Matters”, which focused on the bond between a mother and her daughter. The video featured the two preparing Thanksgiving meals – each in her own kitchen – but chatting and laughing during a video call. The mother tells her daughter that she and her dad miss her and it turns out she misses her parents, too, especially her mom, whose recipe she knows very well from a handwritten recipe card she keeps in her kitchen.