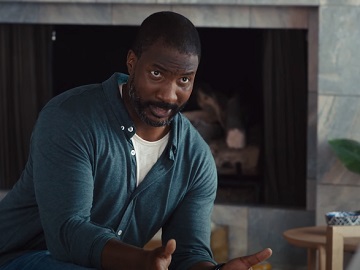 The challenge flag is out again in the latest Progressive ad, part of its “Replay” campaign.

The spot features a teenage boy who tells his father, after the latter catches a spider using a storage plastic box, that he has never heard him screaming like that before. The man denies the fact that he screamed, which makes his son throw the challenge flag. At this point, a Progressive representative shows up with a camera for a “What Really Happened” replay. They thus find out that the boy was right and his father did scream. “I am sorry you had to relive that,” the teenager tells his dad after seeing the spider again moving freely around their house.

The voiceover points out that one thing no one would challenge is protecting your Home and Auto with Progressive.

In its “Replay” campaign, Progressive invites you to watch the action unfold when people get a chance to go to the replay. “Everybody wishes they could throw the challenge flag now and then. But what if life came with replay officials to help review key moments?” – this is the idea behind the campaign, which debuted earlier this month with a spot dubbed “Life Jackets”. In it, the protagonists, a couple on a camping trip, argue over who was supposed to bring the life jackets. A “What Really Happened” replay, brought to them by Progressive, helps them refresh their memory and close this subject.