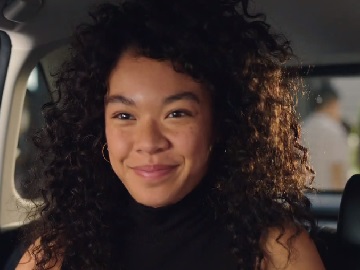 Pizza Hut has dropped a new ad for its Pizza Hut Melts, highlighting that they are “all-new, all for you”.

The spot features a curly-haired woman who has just gotten out of a Pizza Hut restaurant with a Pizza Hut Melts order in her hands. Eager to enjoy the chain’s new menu item as soon as possible, she starts eating it on the sidewalk. On her way through the neighborhood, she is surprised to see that all the women she encounters, from a florist to a police officer, look just like her. The woman appearing on a poster placed on a bus, promoting the Pizza Hut Melts, is also her.

The end of the commercial sees her getting into a taxi where the driver, played by Craig Robinson, is eating Pizza Hut Melts, too. “All new. All for you” an onscreen line reads. “It’s not a pizza. It’s a melt. And for $6.99 is just for you,” the comedian says in voiceover. Eventually, the chain’s tagline, “No One OutPizzas The Hut”, flashes across the screen.

Each Melts order includes two folded slices of the company’s signature ‘Thin n Crispy’ crust filled with generous meat and cheese. Consumers can choose from four different versions, including pepperoni, buffalo chicken, chicken bacon Parmesan, and meat lovers. The dish, available for a limited time in participating stores across the US, is paired with a complimentary dipping sauce – marinara or ranch dressing dipping sauce.