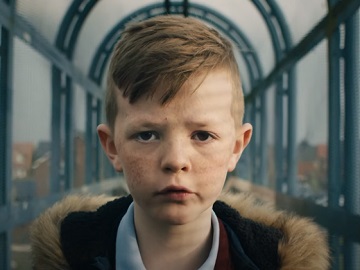 NIVEA MEN UK, Liverpool FC and men’s mental health charity Talk Club are on a mission to help men of all ages start talking about their feelings through a new campaign, titled “Strength in Numbers”.

At the end of the film, the boys are shown gathering at the Liverpool training academy, while an onscreen line informs that 50% of mental health problems begin before the age of 14. “Let’s learn how to support each other. Strength in numbers” other onscreen lines read.

Viewers are directed to NIVEA MEN Strength In Numbers website, where they can find out how the simple question “How are you? Out of 10?” helps men of all ages open up and start a conversation that can improve their mental health.

The campaign, aimed at helping men to learn how to talk about their feelings and showing that there’s strength in coming together both on and off the field, is set to run across the UK in cinemas and online.