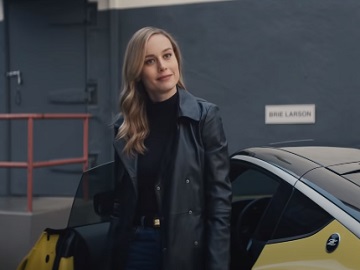 The action-packed spot, created by TBWA/Chiat/Day/NY and directed by Craig Gillespie, aims to show how one ride in a Nissan can truly change everything. The 60-second ad features the co-creator of Schitt’s Creek driving the all-new 2023 Nissan Z, modestly at first and then like a “thrill driver” after beginning to feel the thrill of his car.

During his ride through LA, he meets Catherine O’Hara, who’s at the wheel of a Nissan Ariya, and – when stopping at a traffic light – Danai Gurira and Dave Bautista, who are talking about a script at a coffee shop table. Levy soon becomes the protagonist of an action movie titled “Thrill Driver” and Gurira and Bautista become his co-stars, with the latter doing a stunt by throwing himself into the air, during an explosion, and getting into the passenger’s seat. Nissan Brand Ambassador Brie Larson also makes an appearance at the end of the commercial, when all of them are shown in a movie theater, at the premiere of “Thrill Driver”. After watching the film, Levy and his costars head out, passing by dozens of reporters and fans, to take off in the all-new Nissan Ariya.

The soundtrack is provided by the 1959 single What’d I Say by Ray Charles, from his sixth album of the same name.

The commercial is part of a 360-degree campaign and will air during the fourth quarter of the Big Game on Feb. 13.

The automaker’s new campaign also includes a sweepstakes that gives participants the chance to win an all-new 2023 Nissan Z, limited-edition movie posters for “Thrill Driver” placed in various locations across the country, movie trailers for the film on social and digital, a collectible action figure based on Eugene Levy’s transformed action-hero character, and an augmented reality Snapchat lens inspired by Thrill Driver.