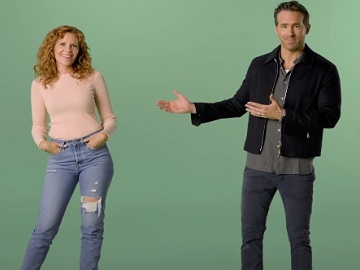 The spot features Reynolds saying, owner and user of Mint Mobile, saying that he wants to introduce their new family plan with a beloved member of his family, his sister-in-law, Robyn Lively. He says that, unlike big wireless, any two people can be family and still get the $15 a month rate. Surprised to see Ryan air-quoting “family,” Robyn asks him about that, willing to know if they are not family. “No, no, we are. I was making a point for them,” Ryan answers. At this point, Robyn takes out her phone and starts texting. Ryan wants to know if she texts Blake (his wife) that moment, but she says “No” in air quotes.

The commercial ends with onscreen lines informing that Mint Family Plan, with just $15/month per person is “not” the best ever.

Ryan Reynolds has starred in numerous ads over the years for its brands (Aviation Gin, Mint Mobile) and movies he has appeared in.