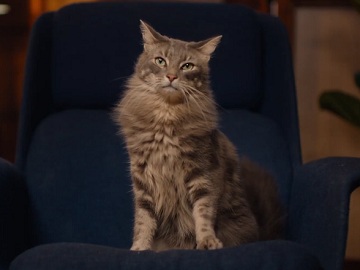 ManyPets, one of the UK’s leading pet insurance providers, invites you to “insure you happiness” in its latest advert.

The spot features a woman laid back on a sofa, at the end of a therapy session, saying “Thank you, thank you. I don’t know how you do it.” As the camera pans, it turns out the therapist was a cat. The woman also mentions that she feels much better.

“They look after us. Let’s look after them” an onscreen line reads at the end of the advert, which also sees the tagline “Insure your happiness” appearing on the screen.

Founded in 2012 by CEO Steven Mendel and CTO Guy Farley and headquartered in London, UK, ManyPets launched exclusively into pet insurance in 2017 and now reaches millions of pet owners across Europe and the US. The company now covers almost half a billion pets globally, including in the US, where it launched in early 2021.