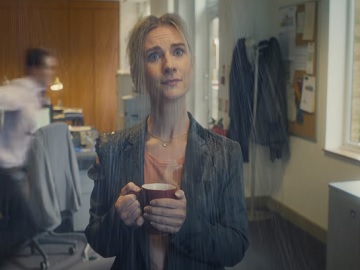 All-new, all-electric London to Edinburgh train operator Lumo has launched a new ad campaign, which aims to smash the rumor that choosing to fly long distances is common sense and to get more people ditching planes for more sustainable modes of transport, including long-distance rail.

The ad, created by the agency Mother and directed by Tim McNaughton of The Bobbsey Twins, features Jen, a woman who – completely consumed by flight shame from her London to Edinburgh return – decides to offset her carbon footprint. She does this in extravagant ways, from filling her house with plants to stopping washing entirely, trading her car, and going completely off-grid only to move to what she thought was a community.

At the end of the spot, it is revealed that Jen was consumed by flight shame until she discovered Lumo, the new fully electric East Coast train.

“Our trains are one of the most environmentally sustainable ways to travel between the destinations we serve and we’re proud of the investment we’ve made in making this a reality. But being environmentally conscious doesn’t need to always be so serious, we wanted to have some fun with our brand launch campaign, making our potential passengers excited about traveling with Lumo, we can’t wait to see them on board,” said Natalie Jolly, marketing manager at Lumo.