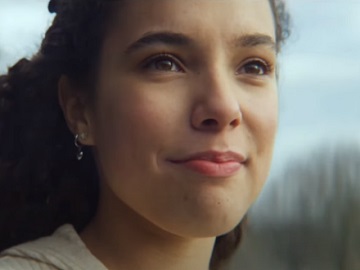 Lloyds Bank shows its continued commitment to households, businesses, and communities of Britain in a new TV ad, that brings their iconic black horses back.

The animals take center stage in the 60-second video, which opens with a drumbeat that makes people stop from what they are doing and take a look around, and follows them galloping through the city. Residents of all walks of life, including children in school buses, stare in awe at the black horses running across the streets and parks. Toward the end of the advert, one girl with brown curly hair is shown getting closer to one of the horses to pet his head.

The soundtrack music is a version of the 2019 hit single “Giant” by Calvin Harris & Rag’n’Bone Man, recorded with the London Symphony Orchestra.

Lloyds Bank has partnered with the Platinum Jubilee Pageant, which is a way to celebrate Her Majesty’s lifetime of commitment and service. In terms of services, the bank aims to make it easier for consumers to bank with Lloyds and for this purpose has done many things. Thus, customers are able to manage their accounts with the Lloyds mobile banking app, available on iOS and Android devices, to send money outside the UK (to make euro payments, therefore, worldwide) without the bank’s fee, to make small payments without using their PIN, to make mobile payments and send or receive money with just a mobile number, instead of account details. The bank also offers free Mortgage Video Appointments with its mortgage advisers, giving people the convenience of speaking face-to-face with an expert from wherever suits them.