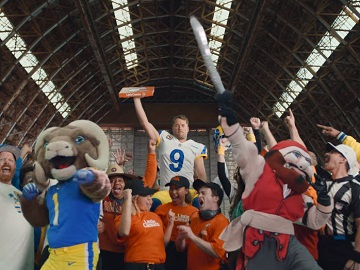 The spot features a group of Little Caesars employees on a stadium, which it turns out has become the Little Caesars training camp, announcing that Little Caesars is now the official pizza sponsor of the NFL. Some of these employees, clad in their orange T-shirts, are undertaking some serious training to be able to make speedy deliveries to NFL players, until one of the team leaders decides they are ready.

“Enjoy game day with the Fanceroni Pepperoni, with over 100 old world pepperonis,” the voiceover says at the end of the commercial, which also informs that this pizza is $9.99.