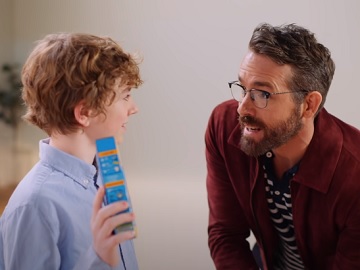 The spot features young actor Walker Scobell, filming a TV spot for Kraft Mac & Cheese but not saying the lines he was supposed to. First, he urges his peers to stop loving their parents if they don’t buy Kraft Mac & Cheese and then says, holding a box of the food item, “If cheese and rainbow had a baby”, which makes the director wonder why he can’t just say the line. At this point, Reynolds explains that this might be his fault because the boy plays a 12-year-old version of him in the movie they are doing (referring to The Adam Project). He then assures the director he can fix this and heads to his “bud,” to whom he tells that he needs to get the line right because “time is money”. Eventually, Scobell manages to say the right line immediately.

At the end of the commercial, viewers are encouraged to watch The Adam Project coming soon on Netflix.

Reynolds is known for his original and hilarious ads that tie in with his movies. In 2019, he promoted his Netflix “6 Underground” movie in an Aviation Gin ad that was inside of a Samsung ad.