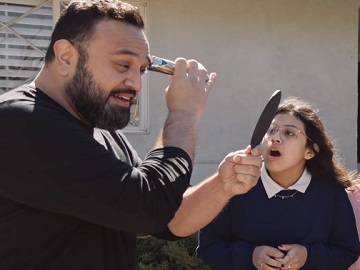 Klondike advertises its Klondike Vanilla Chillin’ Cones in a commercial part of the brand’s “What Would You Do For A Klondike?” campaign.

The spot features a Klondike rep visiting a Klondike fan who posted on his Twitter account that he would shave off his eyebrow for a Klondike cone. Asked if he would do that, he grabs a shaver and follows through with that claim, leaving everyone speechless.

At the end of the commercial, which sees the man getting his reward and tasting it, the Klondike jingle plays.

Fans can now enjoy the new creamy vanilla or a classic chocolate base cones, filled with a chocolate sauce core, in a crispy wafer cone, and topped with roasted peanuts.